Update May 2020: I am no longer a Beanfield customer despite living at the same address, and now recommend and use FibreStream.

Around a month ago I posted a 1 month review of Beanfield’s 50/50 FTTH Internet service, along with some technical details and some of my internal network configuration.

Since then, there are a number of updates to post regarding my original review.

Beanfield have been in touch and have kindly provided some feedback on my first review. I have to commend Beanfield for reaching out and actually providing some feedback – well done Beanfield. Next time, feel free to post comments so everyone can see your responses!

Firstly, the network hardware is actually a zNID 2600 Series Indoor Gigabit Active Ethernet ONT (my bad), and from port identification appears to be a model 2628A. This is different from the GPON version, as explained below:

The Zhone we use is not using GPON. GPON uses passive optical splitters to connect up to 32 fibres to a single fibre, which is essentially sharing a single fibre between 32 users. GPON is very common with fibre-to-the-home service delivery (for example, Bell uses it). We actually deploy Active Ethernet, the opposite of GPON. Active Ethernet runs like an everyday, ordinary Ethernet network in that every customer is provided with their own fibre strand, which runs to the Cisco switch we have in the building.

Next, some feedback on how my existing router was rendered pretty much useless by the default setup. Beanfield made the point that the majority of their customers are not as technically savvy as myself, and so they choose to manage everything via their own Zhone hardware.

This I have to take issue with to be quite honest, as I explained to them. Sure, this may work for the majority of customers. But there is an entire “prosumer” market, and it would make sense that most of this market would jump at the chance to get FTTH if they knew about it’s availability. This market will, quite simply, be left disappointed by the default setup and it’s limitations as they currently stand.

There are many services that routers (mine is an RT-N16 running Toastman’s custom TomatoUSB firmware) provide to the “prosumer” market – QoS, UPnP, custom routing, VPN, mounting and sharing of network storage and USB printers, etc. At a bare minimum, it would be desirable for install techs to talk with customers and ask them whether they are using the functionality of the router and perhaps – where applicable – to ensure a setup like mine before leaving the install premises, rather than just making the customer’s existing equipment largely inaccessible.

This is certainly something for Beanfield to think about – my understanding is that Beanfield is relatively new to the consumer market and I’m sure they will make improvements if they continue to engage with and listen to their customers.

Beanfield also provided some feedback on my double DHCP configuration:

Your suggestion for a work-around included a step to re-enable DHCP on your router.  Only one device on a network can be responsible for handing out private IP addresses. This means that the Zhone and your router are both fighting to hand out IP Addresses to your devices. If you are looking to use your router as a device on the network that allows USB storage or printing, you can assign the device a static IP, but be sure to disable both NAT and DHCP.

Technically it is bad practice to have two DHCP servers and Beanfield are correct, but unfortunately this is necessary in my particular case for a number of reasons. Firstly, I need to assign static IP addresses based on MAC addresses so I can forward ports – my router allows me to do this and the Beanfield customer portal does not. Secondly, as all my clients are wireless, they will all be assigned an IP by my router and there will be no chance of any collisions. As of writing, Beanfield are still working on correcting the bug in their customer portal so custom network settings can be applied.

Since writing my original review, I have been enjoying the fast speeds provided by FTTH. I had reconfigured QoS on my router based on the new speeds, but have since noticed that my router classifies all traffic as “unclassified” after some further investigation into stuttering video.

There are a number of important considerations to take into account when implementing QoS:

Due to the fact that my router’s WAN functionality is disabled and it is configured as an Access Point, making it an extension of the Zhone LAN, it’s built in QoS is useless (as per point 2 above).

While perhaps not such a huge deal for the majority of consumers, this is now creating a problem for me as I like to stream media to devices outside my network when travelling, and also use Skype at home. I also have a server that automatically downloads media files, and when these downloads are saturating the bandwidth, media streaming and Skype are affected.

This is all the more frustrating as the Zhone AE ONT apparently offers full QoS traffic management functionality available via a web interface or CLI. I have raised this point with Beanfield and will report back when they get a chance to respond, but at this point it seems the solution is either to give customers access to the Zhone web interface or to build traffic management into Beanfield’s customer portal.

Not really a showstopper, but an annoyance nonetheless. I am running a Postfix mail server on my Ubuntu media server so that it can send me notifications, which it no longer can as outbound traffic on port 25 appears to be blocked by Beanfield.

From the Postfix logs:

Further investigation on the command line verifies the port is blocked:

The same thing on my DigitalOcean cloud server (for comparison):

Unfortunately this means that Postfix can’t send e-mail and I don’t get e-mails from my media server any more.

Coming from TekSavvy and having unblocked, unshaped Internet access, this is pretty disappointing given how technically advanced Beanfield’s service is. I can’t imagine Beanfield block port 25 for their business clients, so why do it for consumers? Hell, Bob Jonkman even wrote a blog post about how blocking port 25 is harmful and ineffective. I await Beanfield’s response on this one too.

My overall experience with Beanfield is positive. I would recommend them to the average home user without thinking – the Internet service is the most technically advanced available in the GTA marketplace, it’s fast and stable, and the price point is great.

That said, Beanfield really need to think through their product offering for the consumer market place, particularly how it caters to the “prosumer”market. After all, these are the early adopters – the people who are going to jump at the chance to get a synchronous fibre internet service and write about it – and they will be likely left disappointed by the default setup as it currently stands.

Port 25 should not be blocked. The service should be untampered with and remain unshaped. I’m not an expert on FTTH by any means, but I do know that due to the way Beanfield have implemented their Internet service with the Zhone Active Ethernet ONT, they have simultaneously rendered customer’s existing routers largely useless and have therefore entered themselves into the home router market. Sure, I can still use my router for file and print sharing after playing around with it myself and changing the settings left by the install tech, but the fact is most router functions are now performed by Beanfield’s equipment.

In light of this fact, the configuration abilities provided to customers are somewhat lacking, and consist of 4 basic functions:

Important features such as QoS are rendered useless on existing routers and apparently inaccessible on the Zhone. I’m sure that when Beanfield rolls out their own IPTV product, they will make use of the Zhone’s built in functionality to isolate IPTV and ensure it remains unaffected by traffic spikes. That functionality needs to be provided to consumers in some form, so they can manage their own network traffic. This is all the more important due to changing habits of Internet usage – video messaging such as Skype and Facetime is becoming ubiquitous, and media streaming services such as Youtube, Netflix and home media servers such as Serviio are growing exponentially. In this day and age, particularly in a network with multiple bandwidth hungry devices, it is unacceptable for customers to not be able to manage traffic.

I hope that Beanfield continues to listen to customer feedback as they build out their consumer triple-play of Internet, IPTV and home phone. They have some way to go, as I have outlined in this blog post, but the average user will be more than happy with the speed and price point. Fortunately for Beanfield, they so far seem to be an intelligent company, and have chosen to engage with their customers. They have a great product built on an awesome technology – now all they need to do is fill in the critical gaps and get their customer acquisition strategy right, particularly in new condo developments.

I'm a technology enthusiast living in Toronto, Canada. This is my personal website, and I occasionally write on this blog. Read more the about me. 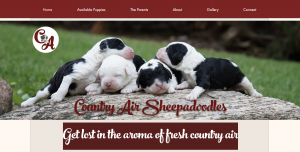 Hanging with my crew ❤️ @thedogparkca

Maddie and I hanging out in Corktown ❤️ Taken